As today is Bastille Day (although I’d rather call it “14 juillet” like 99.9% of the French do) I couldn’t not post here. However, this post doesn’t have any link to the French National Holiday, it just so happens that I got this very interesting question this morning and I told myself “why not answering it right away?” (I know some people have been waiting for an answer from my part for months if not for years, what can I say? I’m not always fair).

Oh and by the way, if you want to read my post about Bastille Day, here it is: Happy Bastille Day.

So, onto the question (asked by Lenny from the US)

The Americans elected a non white president while I was living in France. During the elections my French colleagues said that they wanted to see Obama win but that my country the USA was too racist to have the guts to elect him… Now I would like to ask : are the French capable of electing a French president of Arab or African descent today? Please be honest!

The first thing I need to answer here is that I’m always honest. When I’m not, I say that I’m not (so I’m still honest, even when I’m not).

Then, I need to clarify a few geographical and ethnological details as “Arab or African descent” when talking about France doesn’t make much sense. Seriously, Americans, you need to stop it with the political correctness thing, if you dared call things, people, ethnic groups by their names you’d make less gross generalization and mis-categorizations.

So, first things first, Arab people in France are not of “Arab descent” they’re Arab. That’s all.

Then Arab people in France don’t come from the Middle East but from North Africa, so they are also from “African descent”.

Also, Black people in France can be categorized in three groups. First, Africans. But as they’re not French citizens, they can’t vote nor be elected and are off-topic today. Then we have French citizens who are second or third generation immigrants from Africa, but while there aren’t any official numbers (it’s illegal in France to have those types of racial statistics), they constitute a very small minority of French people (in Paris, they’re a large minority, but they’re extremely rare out of Paris area). Finally, there are French citizens who are black but come from the Caribbean (mostly Guadeloupe and Martinique) and as they’ve been French citizens roughly ever since the French Revolution (not exactly true, but I don’t want to lose you with off-topic details), I have a hard time calling them of “African descent” as they’re culturally as African as I am (I’m not). Yeah, I know in the US, you call Black people “African Americans” because for some reason you think that “Black” is a bad word (it’s not), but truth is that the only African thing in them is some of their genes, and personally, I’d rather define people by their culture than by their genes. Sometimes they match, sometimes not at all (example: Black Americans). In any case, Black French people of Caribbean descent are also a small minority.

So, let’s try to answer this question.

Can the French elect a Black or Arab President? 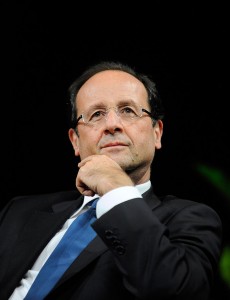 What? Do you mean, the French didn’t just elect a President from a minority? He’s from Corrèze!

My answer is simple: No. Not right now. But who knows?

First let’s talk about why the US has finally elected a non-white President.

I think the reason is simple, first the US has been multicultural ever since its creation. Also, the civil right movement, pretty much 50 years ago, was efficient. And while it didn’t get rid of racism in the US, while your ethnic background still plays a huge part in your “destiny”, the movement has succeeded in creating a Black middle-class and even a Black upper-class. It gave us Obama among other people.

France has a very different history. Except for Caribbean people (as well as a few other regions such as Reunion island or Polynesia), France has never been a multicultural society. Even today, it’s slowly becoming one, but it’s a slow and painful process.

Keep in mind that when the US was having its civil rights movements, France was just receiving its first wave of mass non-European immigration. In other words, quite a number of the first Arabs and Black Africans who immigrated to France in the 50′s and 60′s are still alive today.

I’m not sure if this is a comparison that is relevant, but could you have a Black president in the US 50-60 years after the end of slavery?

In other terms, while there definitely are French citizens of African descent (Arabs or Blacks) who are part of the middle and even upper classes, they’re still a very small minority in the minority. So in terms of raw numbers, there are very few people among them today who could be in a position to run for an important post.

That being said, I really believe that while racism is alive and well in France, a large number of French people wouldn’t have many issues with voting for a Black or Arab President. Of course there also would be a large number that would never do it. But is it that dissimilar from Obama’s situation. Sure he got elected, but how many people have no respect for him and try to find any possible way to discredit him too (the Birthers, the ones who are convinced that he’s a Muslim as if this was a bad thing, and whatnot). I even believe that if France elected a non-white President, while he would have to deal with a bunch of people who would hate him just because he’s not white, there wouldn’t be any movement comparable to the Birthers.

Almost last but not least, I think the main obstacle for having a non-white President in France nowadays is not the French people, but the French political parties. They tend to be very traditional and slow moving. To hope getting into a position of power within a big political party, one must be from at least the upper-middle class, coming from the ENA (or such), etc. And as previously mentioned, there are just too few Black and Arab French citizens in that position nowadays. And here it’s just a question of numbers and probabilities; few people belong to these groups (upper-middle class, graduate from a Grande École, etc).

And last but not least (for real this time), while you can be pretty much unknown at the national level and become President two years later in the US (Clinton and Obama are the perfect examples), in France it’s pretty much impossible. To have the slightest chance to become President, you have to have been famous nationwide for many years. See the last four Presidents: Mitterrand, important political figure for a good 20-30 years before getting elected, same with Chirac (who was Prime Minister twice). Sarkozy, known by everyone in France since the mid-nineties, almost ubiquitous in the media since the early 2000′s. Hollande was head of his party for more than 10 years before being elected. And as of today, there isn’t really anybody from a minority that has this kind of prominence. I’d say the only one today that is in a position to become important enough to be able to hope running for President in 10-20 years is Harlem Désir (as he may become the next head of François Hollande’s party). And Désir is not of “African descent” but of Caribbean descent (and only from his dad’s side).

How could the French elect Sarkozy?
What about racism (and a few other things) in France?
Sergio wants to move to France, but he's only in High School, can we all help him?
What do you know of the African American experience in France?

20 Responses to “Are the French Capable of Electing a President of Arab or African Descent Today?”