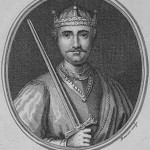 I was always curious how this can be that so much would be borrowed from French if English has 1 million words and French has, what, maybe 100,000 tops? Rome invaded England before France did, and there were also the Danish, Norwegian, Greek and Dutch influences, and also English is a Germanic language itself, closest to the endangered language Frisian. (asked by Diane) Well, we’re straying away from French stuff here as we’re going to talk about the English language [Read the rest]

A while ago, I answered the question “Why French Women Do Not Ask Men Out?“ But there was one comment that I never published. Why? Because I thought it deserved its own post. Yes, it was that good and that interesting. So here it is: Febehlat said: “Even though this idea came into context quite a few centuries ago I believe that certain things often integrate themselves into society so much that people do not even realize that they are [Read the rest]

(asked by Leesa from Antony, France (and originally from San Diego, California)) Wow, this is a hard one… Well, it’s not hard to answer this question; it’s hard to answer it in just a few lines… Let’s start with the fact that France and the US belong to the same civilization -let’s call it the Western civilization- and for that reason the biggest mistake both French and American people do when dealing with the other culture is to assume that [Read the rest]