Something amazing is happening today!

No, unfortunately, this is not Nicolas Sarkozy being kicked out of the Presidential Election (although the results won’t be in for another 12 hours or so, so we never know), it’s more modestly a new post on Ask a Frenchman! The first of 2012… and we’re late April… I should be embarrassed. I’m not. Let’s move on.

So Marie, from somewhere (I suspect the US considering the question) asked the following thing:

Do French people really use the expression “Ooh La La”? If so, what does it mean? Is it used more by women or does everyone say it? How do the French pronounce it? Do you use it?

This question makes me think of an interesting anecdote that happened to me during my first months in the US, a very long time ago. 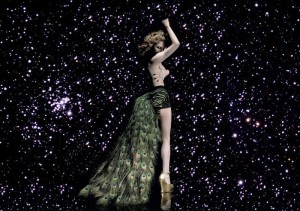 Extra kuddos from me if you get why this picture.

I announced something to that friend, can’t remember what, some good news of some sort, and her response was “Ooh la la !” with a big smile from her part. Then, she looked at me expecting some sort of reaction from my part to her “ooh la la”.

At that moment, my thoughts were split between:

- “Why that big grin on her face? Is she thinking this is cool or something?”

- “Why is she expecting some sort of reaction from me, right now. I mean, she’s a friend, I don’t want to publicly embarrass her, she embarrassed herself enough with that ooh la la.”

So, I didn’t react, pretended that never happened, and moved on with the conversation and with my life (we stayed friends for a while despite that unfortunate non-conversation, but one day I realized that she was a nutcase and cut my ties with her (no link to the “ooh la la” incident though).

A little while after this episode, I finally understood why she said it. She thought that French people said that all the time, so she said it to impress me or something along those lines, and she must have been extremely disappointed by my lack of reaction.

Now, onto the answer of Marie’s question(s):

No, French people don’t say “ooh la la.” I have never ever heard a French person say it. What you may hear from a French person’s mind is “oh la la” (with a “Oh” and not a “Ooh”), except that this expression implies very different things, both in terms of meaning, context and impressions it gives.

See, “Oh la la!” is used as an expression of surprised or shock too, but usually it’s a negative surprise or shock.

I don’t think I have ever heard “Oh la la!” from a French person when something positive happened.

And another important point to keep in mind is that if I hear a French person say “Oh la la!” I won’t think they’re fashionable, trendy, cool, whatever. If it’s from the mouth of a kid or an older person, I may simply not pay attention. If I hear it from the mouth of an adult, I may be shocked myself or burst out into laughter, depending on who said it.

Actually, the only adults I can imagine say it are relatively stuck up people. The kind that never dares to curse, barely use slang (remember, in France, cursing doesn’t hold the same stigma than in some English speaking countries, in the South, some curses are even used as punctuation). Normal, sane adult French people would never say “oh la la” in any situation, but variations around “oh putain!”

One last thing. I think that there aren’t many things more pathetic than trying to imitate another poorly known culture in order to try to look cool. For example, using French words in English to look fashionable or sophisticated when one doesn’t exactly know the word. And in that context, my special winner prize in being ridiculously pathetic is using “Ooh la la!”.

On a very unrelated not, Ask a Frenchman will change servers and hosting in a matter of days. As a reader you shouldn’t see a difference (except for the few stupid bugs -missing icons and such - that won’t go away, that should finally go away), but some comments may be lost in the process… Just so you know.

Happy Bastille Day?
What do French people think of American accents in French?
What is your opinion on the "Intellectuels" in France?
I can speak French but I can't understand it. What should I do?

23 Responses to “Do French people really use the expression “Ooh La La”?”