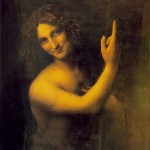 (asked by Andrea from somewhere) Someone told me that the French don’t point with their index finger, and they don’t use their index finger to indicate the number one either. Are either of these things true? If so, what’s the deal?   Well Andrea, That someone was right. At least, mostly right. Let’s see into more details. Pointing with your index finger It is considered to be rude in France (actually I thought it was in the entire Western World, [Read the rest]