(asked by Katie from… I guess Canada)

I’d be interested to know how the French view Canadians…and if they can they tell the difference between Canadians and Americans?

First of all, click on the link to get a little reminder about what the French think of Québécois (that’s “French Canadian” in English, even though they’re not French, they just speak the language).

Now concerning “English-speaking Canadians” or Canadians as they’re called in English, it’s going to be an easy answer really.

The French think that Canadians are Americans with less guns and more ice hockey, and if there are no guns nor ice hockey involved, they can’t tell the difference between both.

The good thing is that there are no jokes about Canadians in France.

The bad thing, is that you don’t really “count” in the eyes of the French.

I guess I don’t have much more to add (I’m sure some commenters will). 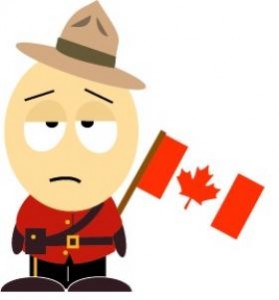 17 Responses to “How do the French view Canadians? Can they tell the difference between Canadians and Americans?”